New York City has 5 boroughs. They are, Manhattan, Queens, Staten Island, Brooklyn, and the Bronx. They are surrounded by bodies of water called, the Hudson and East river, Lower and Upper bay, and Long Island Sound. Those 5 boroughs are connected by different ways. There are a few bridges called the Brooklyn, Manhattan, Williamsburg, George Washington, and the Queensboro bridges. There are also different tunnels called the Holland and Lincoln tunnels. Staten Island is also connected by a bridge called Verrazano-Narrows bridge and is connected by a lot ferries. 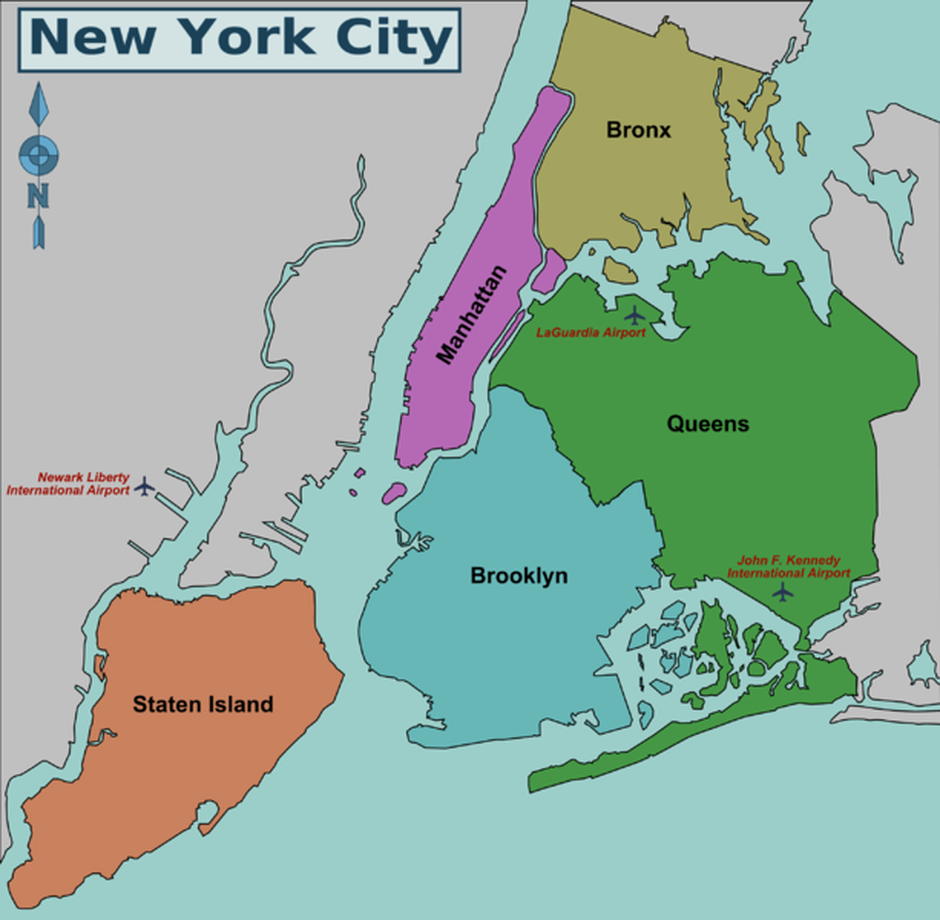